Blue with black fur. Darker on top, lighter below.

When Father Wolf saw Mowgli coming to them, he and Luri were happy to see he's feeding like their own cubs are. However Father Wolf then heard the fierce tiger, Shere Khan coming, and Alexander stood his ground in order to protect his family. Later, he spoke to Akela about adopting the man-cub, until Baloo and Bagheera spoke for Mowgli and he's now a member of the wolf pack. Years later, Alexander teaches Mowgli how to fish and asked Bagheera to teach him how to hunt. He becomes leader of the wolf pack when Akela chooses to retire. He has a fight with Vermillion, despite not being willing to do so. He is determine the successor to Akela's leadership, in accordance with the Law of the Jungle. During a fire that grazes the forest, Alexander dies defending his pack from Shere Khan. 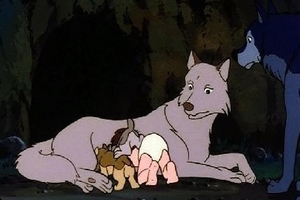 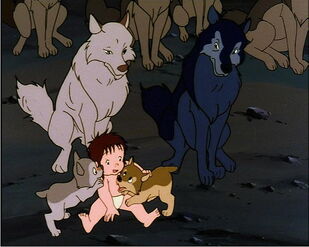 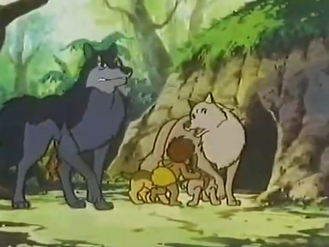 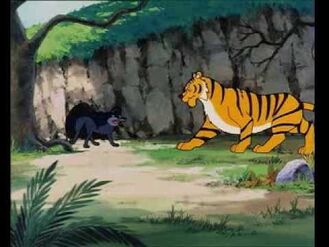 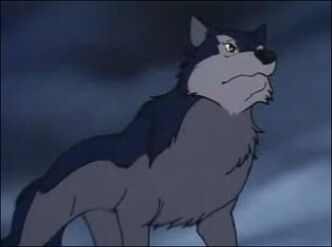 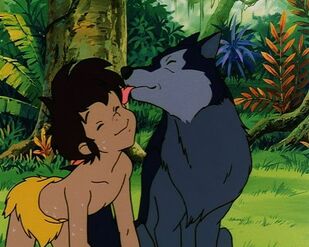 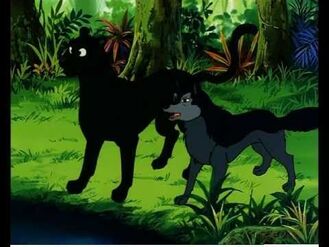 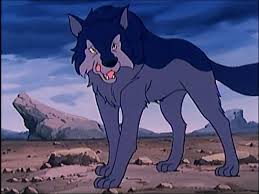 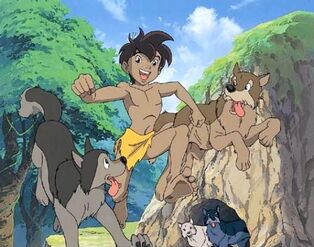 Add a photo to this gallery
Retrieved from "https://junglebook.fandom.com/wiki/Father_Wolf_(1989)?oldid=10662"
Community content is available under CC-BY-SA unless otherwise noted.