Hathi was a male Indian elephant that lived in the jungle of Seeonee. His name (हाथी) is the Hindi and Sanskrit word for "rook".

Hathi was head of the elephant troop. He is one of the oldest animals of the jungle and represents order, dignity and obedience to the Law of the Jungle.

During a drought when Mowgli was a child, Hathi and his three sons found a waterhole for all of the jungle animals to share during this harsh time, thus forming a "water truce" in which no animals will harm each other at the waterhole. This works, as it prevents Shere Khan from attacking Mowgli. From that point on, Hathi tells the story of how humans came to the jungle, referring to them as "fear".

After he was banished from the man village Mowgli revealed that Hathi once destroyed a human village in revenge for being captured, and persuaded Hathi and his sons to do the same to Buldeo's village as punishment for threatening Meshua with execution. 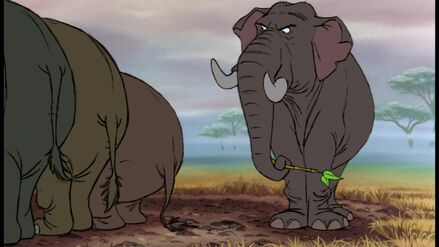 "Dress up that line." 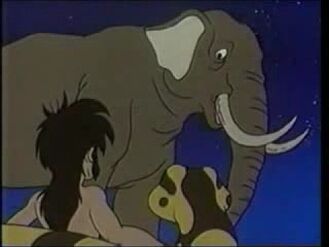 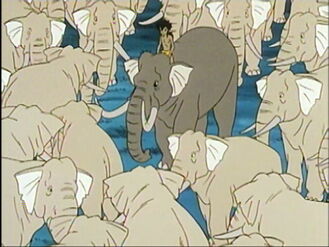 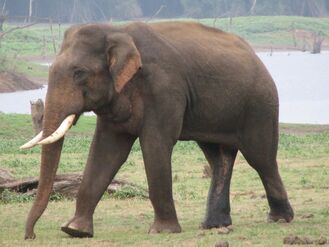 Hathi the Elephant in real life 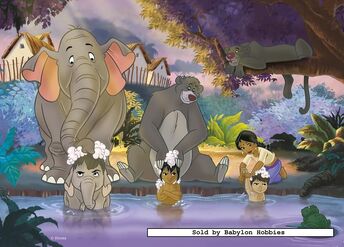 Add a photo to this gallery
Retrieved from "https://junglebook.fandom.com/wiki/Hathi?oldid=15404"
Community content is available under CC-BY-SA unless otherwise noted.